How Can Our Churches Support Christians Who Experience Same-Sex Attraction?

The Living Out Team
Articles 5 mins
Found in: Church 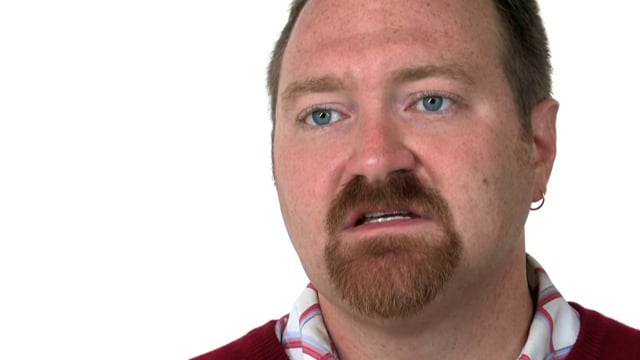 1. Make it easy to talk about

Pastors and church members need to know that there will probably be some within their own church family for whom same-sex attraction is a painful and personal struggle. When the issue comes up in the life of the Church, it needs to be recognised that some Christians also wrestle with it, and the Church needs to be ready and equipped to walk alongside such brothers and sisters.

Many Christians still speak of homosexuality in hurtful and pejorative ways. I’ve lost count of the times I’ve heard Christians (many of whom should have known better) use phrases like ‘that’s so gay’ to describe something they don’t like. Such comments make their same-sex attracted Christian brothers and sisters feel unable to open up. When I first began to share my own experiences of same-sex attraction with friends at church, I was struck by how many (even mature) Christians felt they needed to apologise for comments they’d made in the past about homosexuality that they now realised may have been hurtful.

Having made it easy for someone to talk about their same-sex attraction, we must not then make the mistake of always talking to them about it! They may want us to ask about how things are going from time to time, but to make this the main or only thing you talk about with them can be problematic: it may reinforce the false idea that this is who they really are, and it may actually overlook other issues that they may need to talk about more than same-sex attraction. Sexuality may not be their greatest battle.

Those for whom marriage is not a realistic prospect need to be affirmed in their calling to singleness. The Church needs to uphold and honour singleness as a gift and take care not to unwittingly denigrate it. Single people should not be thought of – still less spoken of – as loose ends that need tying up. And pastors should not assume every single person is so because they’ve been too lazy to look for a marriage partner.

3. Remember that church is family

Paul repeatedly refers to the local church as the ‘household of God’ (for example, 1 Timothy 3:15). It is the family of God, and Christians are to be family to one another. Paul encourages Timothy to treat older men as fathers, ‘younger men as brothers, older women as mothers, younger women as sisters (1 Timothy 5:1-2). The Church is to think of itself as close family.

Nuclear families within the Church need the input and involvement of the wider church family; they are not designed to be self-contained. Those that open up their family life to others find that it is a great two-way blessing. Single people get to experience some of the joys of family life, children get to benefit from the influence of other older Christians, parents get to have the encouragement of others supporting them, and families as a whole get to learn something of what it means to serve and be outward-looking as a family.

4. Deal with biblical models of masculinity and femininity, rather than cultural stereotypes

Battles with same-sex attraction are sometimes (though far from always) related to a sense of not quite measuring up to expected norms of what a man or woman is meant to be like. One of the factors that can lie behind same-sex attraction is actually fear of the same gender, a feeling of not quite belonging as a male or female. People of the same gender can seem to be somehow ‘other’. When the Church reinforces superficial cultural stereotypes, it can worsen this sense of isolation and not quite measuring up. To imply that men are supposed to be into sports or fixing their own car, or that women are supposed to enjoy craft and to want to talk about everything, is to deal in cultural rather than biblical concepts. We need to be open to the possibility to the fact we may be overlooking ways in which people are reflecting some of the biblical aspects of manhood and womanhood that culture overlooks.

Many churches run support groups for members who experience same-sex attraction; others provide mentoring or prayer-partner schemes. Pastoral care for those with same-sex attraction does not need to be structured, but it does need to be visible. Those with same-sex attraction need to know that the Church is ready to support and help them, and that it has people with a particular heart and insight to be involved in this ministry. There may be issues that need to be worked through, and passages from the Bible that need to be studied and applied with care and gentle determination. There may be good friendships that need to be cultivated and accountability put in place, and there will be the need for long-term community. These are all things the local church is best placed to provide.

The Living Out Team

The Living Out team are a group of friends who are Christians and are also same-sex attracted.

How does the gospel help LGBTQ+ people with their mental health and how can the church offer love and support?

In the first of a series of posts on good pastoral support, Andy shares wisdom on starting a pastoral conversation.

Ed shares some of the resources available to help you talk to young people about faith and sexuality.

Made for Friendship: A Review

I think I am a better friend because I read this book. If you delve into it, I’m sure you will be too.