It’s Not My Identity, But It Is My Story

The question of how we label ourselves and how we describe our sexual attractions continues to be hotly debated. Broadly speaking, I prefer not to use any shorthand labels to describe my sexuality as I think ‘gay’ and ‘same-sex attracted’ both come with their own baggage and can be misunderstood. Sam’s written helpfully about some of the pitfalls of labelling and how we use language.

My identity – the source of my worth and value, the most true answer to the question of who I am – is a child of God.

I don’t want to restrict myself to an unhelpful label, but I do want to be known and to have a way of expressing something that has been – and still is – hugely significant in my life. My identity – the source of my worth and value, the most true answer to the question of who I am – is a child of God. I am a precious daughter of my loving heavenly father. This is what’s most important about me and the foundation which can’t be shaken. So how does being attracted to other women fit in? I’m clear that it isn’t at the core of my identity, but it is still a huge part of my story.

There are some things that make a much bigger impact on our lives than others. Sometimes I try to imagine what life would have been like if I hadn’t been gay and I find it impossible. I have ginger hair, but I could easily have had brown hair, and I suspect that my life would have been pretty much the same. I could have been a few inches taller or shorter and not seen much difference. But wondering what I’d be like if I’d have been straight rather than gay is like asking what I would have been like if I had been Indian rather than British. Who even is the ‘I’ that can ask that question? Being born in a different country with a different cultural background would have fundamentally changed who I am. In the same way, if I hadn’t been attracted to women, many significant aspects of my life would’ve been very different.

Being same-sex attracted shaped my self-identity as I grew up. It influenced who I looked up to (Martina Navratilova and Jodie Foster!), who I read (Radcliffe Hall and Jeanette Winterson), and what I watched (the infamous Brookside lesbian kiss on a clandestine VHS recording). Being a lesbian was a big part of me becoming a Christian and has shaped my life ever since. There are many dear friends of mine that I would never have met had it not been for this shared experience. I certainly wouldn’t be doing the job I do with Living Out if I’d have been straight. Lots of the things that I’ve learned about God and the way I have grown in my faith have come about because of this particular struggle.

Being gay isn’t my core identity, but it is a massive part of my story.

Being gay isn’t my core identity, but it is a massive part of my story. It’s a story of loneliness, friendship, pain, laughter, low self-worth, strong women, wrestling with stereotypes, unrequited love, requited love, rejection, acceptance, and all the other things involved in growing up lesbian in the 1980s and 90s. The story took an unexpected but amazing turn when I became a Christian and that’s involved a heady mixture of pain, delight, rebellion, forgiveness, loss, and love. Through it all, I’ve come to understand that my wonderfully loving God wants the very best for me, and that’s celibate singleness, intimacy with him, deep and pure female friendship, and intimacy in community with a whole range of amazing people.

God knows me intimately and loves me unendingly.

This is why it’s so hard when some progressive Christians don’t want to hear my story because they think that the only way to love and accept LGB people is to affirm gay sexual relationships. It feels like so much of me is being erased. God, on the other hand, knows me intimately and loves me unendingly. He saw and loved teenage me reading lesbian novels under the bed covers. He cried with me and felt my pain when I fell in love with a school friend and couldn’t tell anyone. He has shown me that I can honour and enjoy him in celibate singleness. He has been with me every step of the way and is with me now as same-sex attraction continues to be a big part of my story, but not the core of my identity. 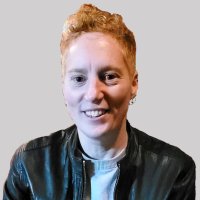 Anne is based in Newcastle UK, is one of the directors of Living Out, is a missionary with the local church and speaks on behalf of True Freedom Trust. She studied Philosophy at UCL and has an MA in Contemporary Missiology. Anne loves to help others know life in all its fullness in Jesus. She is happily single and loves Christian community, books and playing her ukulele.

Should I Call Myself Gay? (Questions No One Wants To Answer #2)

In this episode, we talk about the pros and cons of labelling ourselves as 'celibate gay Christians' or 'same-sex attracted Christians.'

In this show, Andrew talks about his new book, Finding Your Best Identity: A Short Christian Introduction to Identity, Sexuality and Gender.

Adam offers a reflection on what those of us who come out as same-sex attracted most need.

All our guests from the first series talk advice to their younger selves, recommended resources, church, intimacy and friendship.